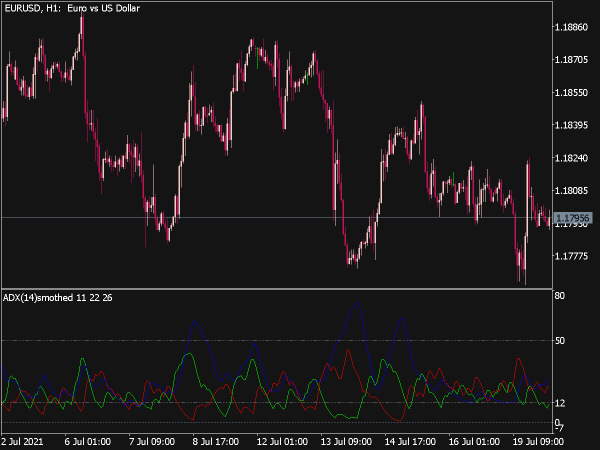 Average Directional Index (ADX) is a widely used indicator for technical analysts. ADX was developed by J. Welles Wilder in 1978. The main objective of ADX is to indicate the strength of a trend in a market instrument. This indicator does not say if the trend is bullish or bearish neither does it say if the current pair is overbought or oversold it just simply tells the strength of a trend.