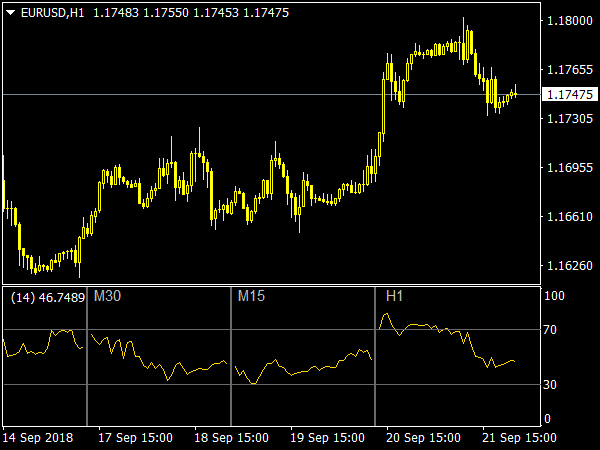 ℹ️ How to Identify a Trend and Trend Reversal Using RSI
To continue our previous trading tip on how to suitably fan out Relative Strength Index, we now touch about other uses of RSI. As we all know that RSI can be used for determining overbought and oversold condition, bullish and bearish divergence as well as for generating buy and sell signals. There are at least three other uses of RSI as our reliable technical indicator while examining a market. Be sure that we will have a good understanding about all of RSI uses. It will indeed pay off!

RSI can read a trend
Reading a trend is the most important stage when analyzing a market. Many ways can be done to identify a trend. Fortunately, we can also use RSI to read a trend. Following rules can be our guide when using RSI to read a trend:
• RSI usually travels between 40 and 90 during an uptrend (bull market). Supports for RSI commonly located at 40-50 zones.
• RSI commonly fluctuates back and forth within 10 and 60 zones during a downtrend (bear market) and 50-60 zones will be acting as resistance levels.
• Of course, those ranges may differ when we use different RSI parameters. Trend strength and market volatility surely affects the ranges.

A failure swing-sell signal is the mirror of failure swing-buy signal. It takes place when RSI falls from 70 and retraced back upside below 70 before stalling again below the previous trough.

Ok, so far we know what the RSI is and how to fan it out properly. The most important thing after this is keep on practicing using the RSI so we can get the best of it. And it's also a valuable thing to stay in touch with Best-MetaTrader-Indicators.com. See you around, traders!