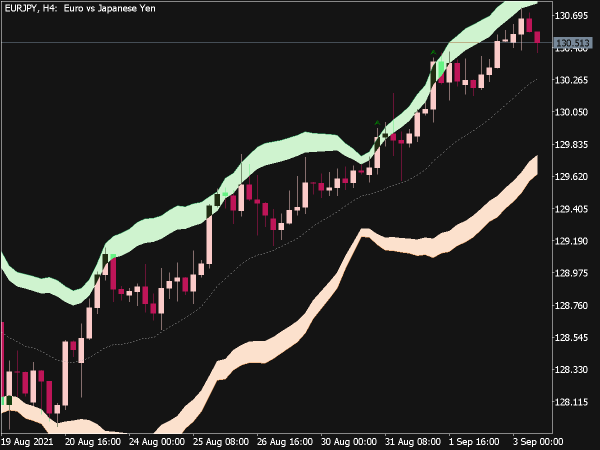 Bollinger Bands is a very useful technical analysis tool developed by John Bollinger in 1980s. The purpose of Bollinger Bands is to provide a relative definition of high and low. Bollinger Bands consist of a center line (a simple moving average) and two price bands above and below of the center line, these bands will expand when the price of an asset or a market instrument becomes volatile and contract when the pair trades in a tight range.

It is recommended to use 20-period Simple Moving Average as the middle line, and plot top and bottom lines two standard deviations away from it. Besides, moving averages of less than 10 periods are of little effect.