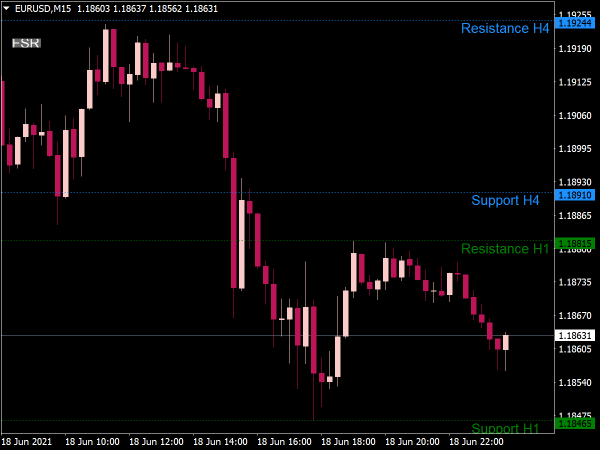 If prices move towards a support or resistance zone in the morning, then this is likely to hold. On the other hand, a breakthrough is more likely in the afternoon. This is especially true if this movement is in line with the overall trend, i.e. if in a bull trend the prices move towards a support zone in the morning and then in the afternoon the prices rise towards a resistance zone or vice versa in a bear market.

Here, the bull and bear markets are to be understood in the very short term in view of the mood of the last few days. Since most trend reversals occur near the open, resistance and support lines are statistically more likely to hold in the morning. In the afternoon, on the other hand, the probability of a break increases as the price approaches a resistance or support line.

This is due to the fact that due to the short time that lasts until close, there is usually not enough time left for profitable countermovements. More importantly, the traders who are following the trend now have a profit cushion, i.e. the strong hands, while those who are trying to defend the resistance or support line are the weak hands in the afternoon.

The spikes as resistance and support lines
A spike refers to the raised bar at a turn. Its other end, that is, the one that does not stick out of the course and that was high or low, is often the target of a countermovement. This counter-movement can occur very soon as a short setback in an ongoing trend, but it can also occur much later in the context of an approaching double formation. In any case, one should continue to project these price levels and pay attention to their achievement. They are quite reversible when they are reached.