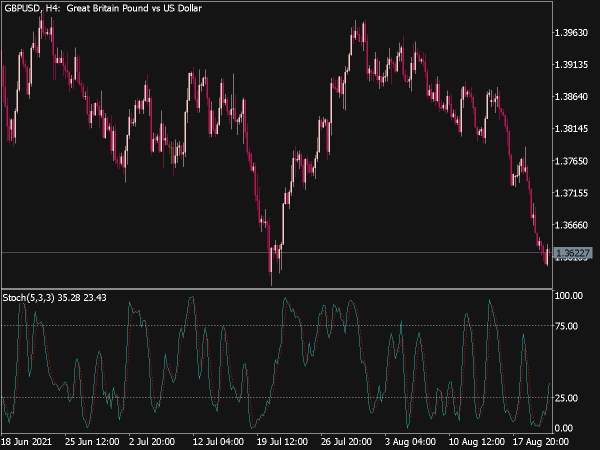 This indicator consists of two lines, first line called as %K which compares the latest closing price to the recent trading range and second line called %D which is a signal line calculated by taking 3-period simple moving average of %K. The formula is as follow:

Lowest low and highest high are taken from previous n-bars, "n" is the parameter given to %K, Lane recommended 14 for the value of "n" however we can change this value as per our preference to suit our trading plan.