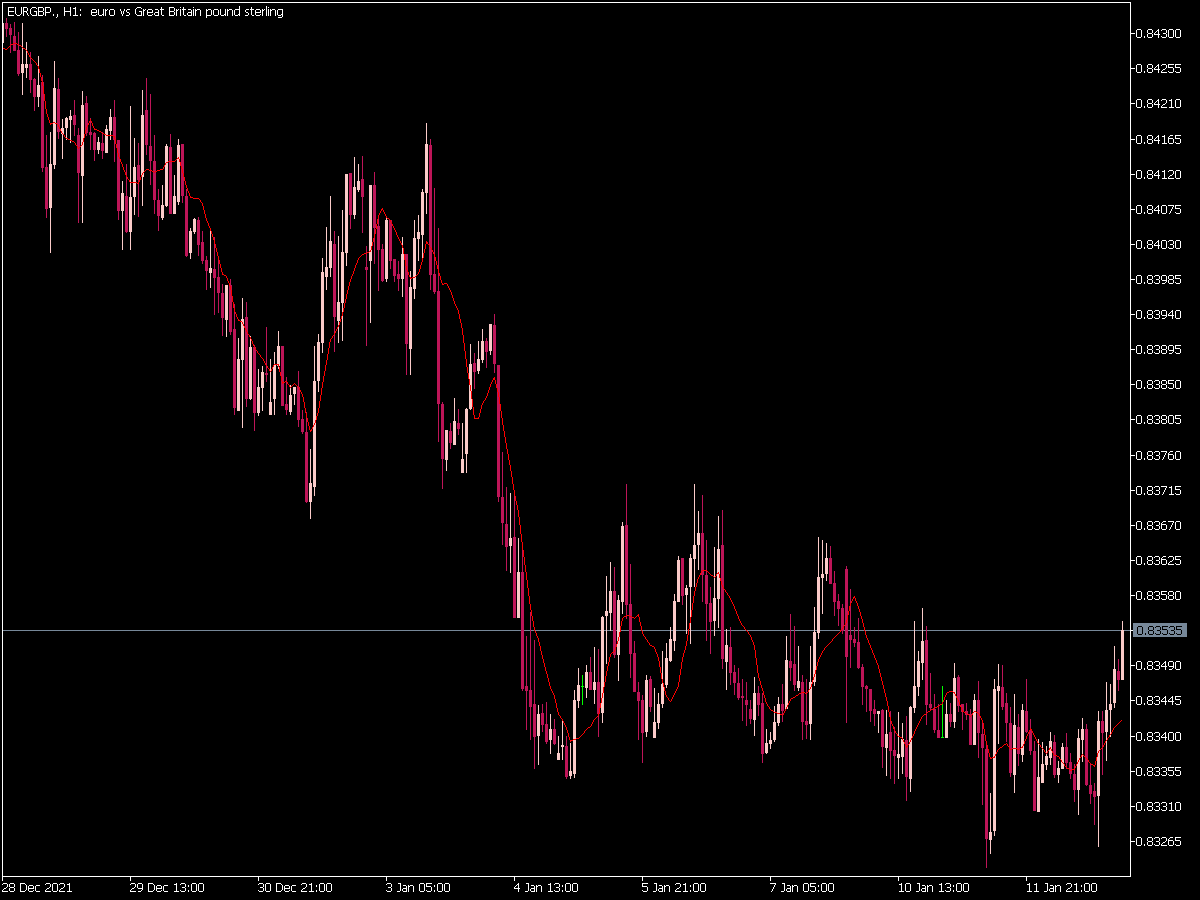 These are MAs, which are calculated on the volume instead of on the time. First of all, the shapes of the MAs are changing here, for peaks, for example, they will be almost horizontal, because quite a lot of volume is traded here.

In addition, the crossovers occur much earlier, this does not increase the hit rate, but the gains on winning trades will be greater and the losses on losing trades will be smaller than on crossovers of normal MAs. It is also often the case that the false signals are delayed while hits are accelerated.