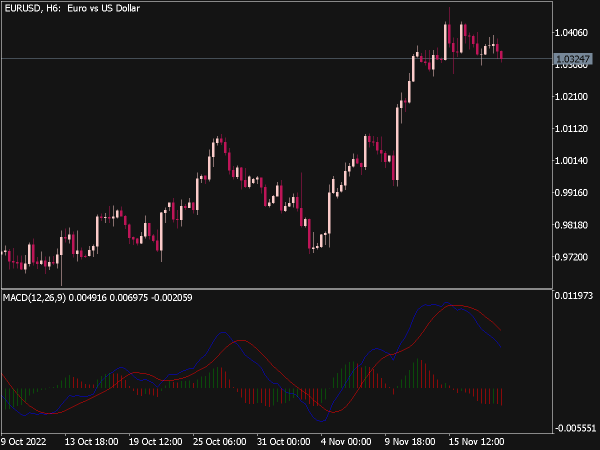 What is MACD?
Moving Average Convergence Divergence (MACD) is one of the famous technical indicators because of its simplicity, reliability and its effectiveness. Gerald Appel developed this indicator in late 1970s. MACD can be described as trend following momentum indicator.

MACD oscillates above and below the zero line. MACD is unbounded, thus it does not have overbought and oversold levels.

MACD can be represented mathematically as follows:

The default setting for MACD is [12, 26, 9], the 12-day Exponential Moving Average (EMA) less the 26-day EMA. Closing prices are used for these moving averages. A 9-day EMA of MACD is plotted with the indicator to act as a signal line and identify turns. The MACD-Histogram represents the difference between MACD and its 9-day EMA, the signal line. The histogram is positive when MACD is above its 9-day EMA and negative when MACD is below its 9-day EMA.

How to trade MACD
We can trade MACD when crossover occurs. A crossover means when the MACD line (bar line) crosses the 9 EMA line (blue line in the figure 1). Crossover often indicates that a new trend has formed. 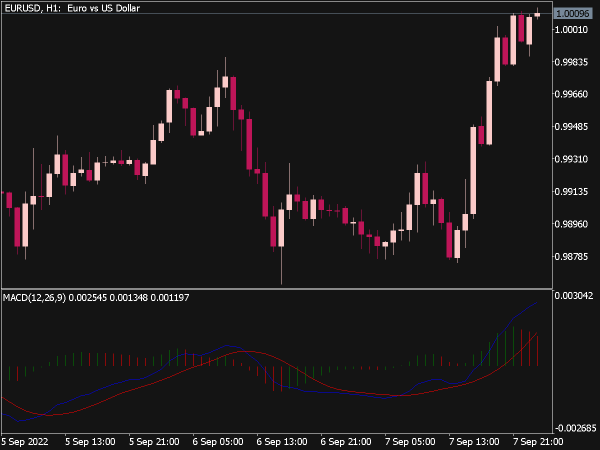 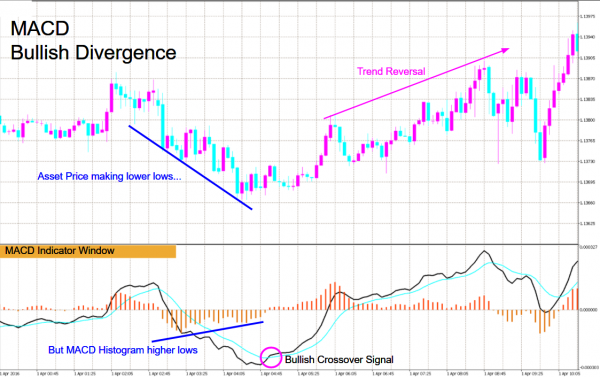 Spotting trend reversal using MACD
We can spot a reversal in a trend using MACD, figure 2 above shows that price has made a consecutive lower low, but if we notice the MACD for the same price levels we can see that MACD histogram is making a higher low, this pattern is called as bullish divergence and this pattern suggest that a trend reversal is possible in near future.

Similar logic can be applied in uptrend also where price makes higher high but MACD histogram makes lower high, this pattern is called as bearish divergence.