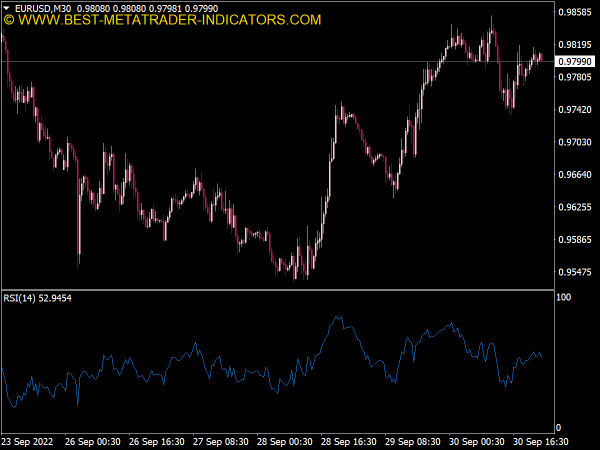 Create your own review
Average rating:   3 reviews
Magister
by Magister

ℹ️ How to suitably Fan Out RSI
Relative Strength Index (RSI) is one of famous technical indicators used by the majority of technical analysts in the world. RSI was developed by a notable technician J. Welles Wilder and featured in his book New Concepts in Technical Trading Systems which published in 1978. RSI is a momentum indicator which calculates the speed and change of price movements and RSI fluctuates from 0 and 100.

After finding a market tends to move in sideways manner, we may explore RSI to the fullest in an attempt to analyze a market up to the best accuracy. Following are some usages of RSI that we should take a note so that we can suitably use RSI:

RSI can be used to generate buy/sell signal
Similar to other oscillators, we can have buy and sell signals by deploying RSI. As presented in the figure 1 below, buy signal is generated when RSI moves up from 30 or from oversold zone. On the flip side, sell signal shows up when RSI moves down from 70 or from oversold zone. As we can see there, some signals also produced even RSI doesn’t touch the 30 and 70 levels or overbought/oversold zone. However, a signal that generated from a situation where RSI moves from below/above 30 and 70 or overbought/oversold can be a significant one. 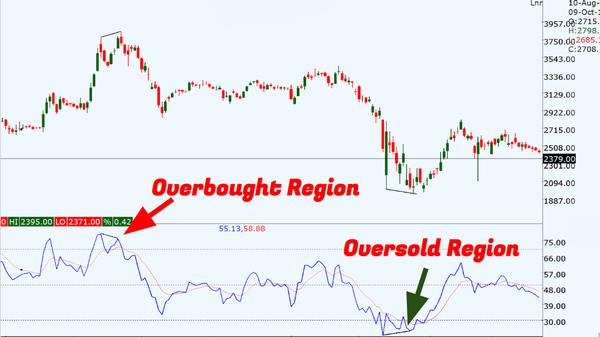 RSI can be implemented to determine bullish and bearish divergence
A divergence is an interesting concept in technical analysis as it can tell us a possibility of a market’s turning point after performing a trend.

However, we should keep in mind that divergence concept can send false signals during a strong trend. Therefore, we need to be more careful and never try to pick a top or a bottom when a powerful trend clearly appears in a market until more reliable indications appear. 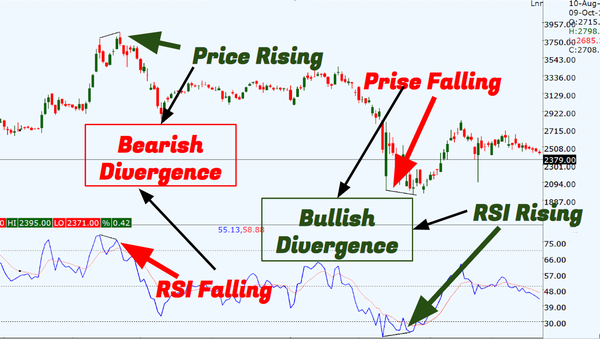 There are surely more usages of RSI and we will discuss about them in the upcoming trading tips. Just keep on visiting Best-MetaTrader-Indicators.com where we all can learn together on technical analysis. See you later!

I was just about to modify the RSI indicator code to allow for variable limits and period read from global variables set in the expert, when I found your RSI Divergence indicator. Can I get the source MT4 code for this? No offense, but I'm not going to just run any executable when I don't know what's in it.

Please, i need a custom RSI indicator with laptop and android push notification alerts on 50 crossover, the crossover at 50 will work with 2 MAs for further confirmation before the alert is triggered. i will also prefer it has virtual chart dashboard.
I look forward to hearing from you on further requirements for this.
Thanks.