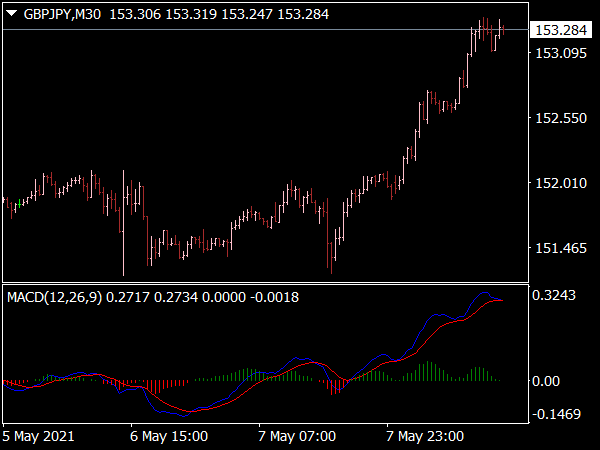 The MACD, or the Moving Average Convergence Divergence, is probably the most popular technical indicator. Almost every trader has traded the MACD at the beginning of his trading career, and some even continue to use it later on. The MACD is in essence a trend-following indicator. It uses Exponential Moving Averages which are a traditional trend-following mechanisms. There are several trading methods to be used with the MACD indicator.

The 3rd trading method with MACD is the Moving Average Bounce, also known as the Zero-Line-Reject. The basis of this method is the following: MACD value is reaching the value of zero, and suddenly reverse in direction. The technical idea behind the trade is that the 12-days EMA is bouncing off the 26-days EMA.

These three methods are the strongest trading methods to incorporate the MACD indicator – and they are useful not only in FOREX but any commodity. It is advisable to trade and experiment with these methods on demo account before risking your own money.